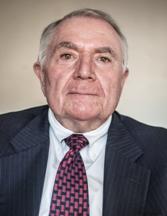 Of Counsel to the firm, Mr. Porco practices primarily in the area of Real Estate and Banking Law. Mr. Porco has practiced law in Putnam County for over 35 years and serves as counsel to a number of banking institutions and commercial developers. He attended Fordham University where he received his B.S.S. in 1959 and his J.D. in 1962.